Exhibition Review: Melanie Letore, No You Without, (part of Lightwaves), Street Level Photoworks 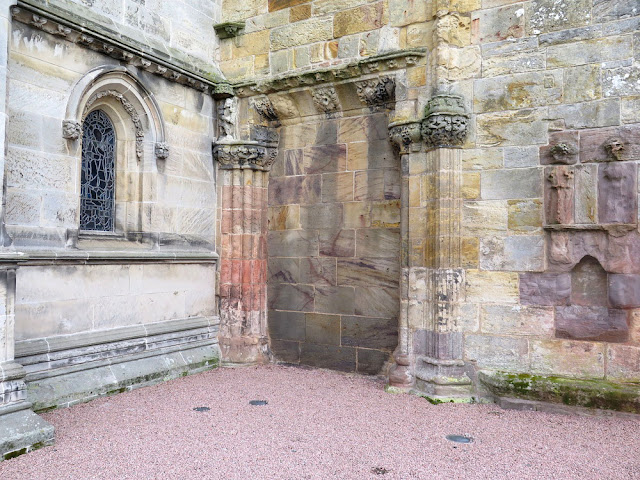 Logically speaking there is no such thing as photographic language. Language requires syntax and punctuation marks, photographs float free. Melanie Letore defies logic by using her photographs to construct a sentence on a shelf in a gallery. The contrariness begins with the first photograph, an exterior view of quixotic Rosslyn Chapel showing a stone wall entrance, a portal to nowhere. In all, twenty two photographs are arranged in eight phrases separated by small spaces like pauses for breath in an utterance. A brief text is sandwiched between two plates of glass and finally there is a beautifully photographic full stop, a hand filled with light. The written text consists of seven sentences, each one using the word ‘story’. So many stories are to be wrung from Letore’s concise photographic sentence. 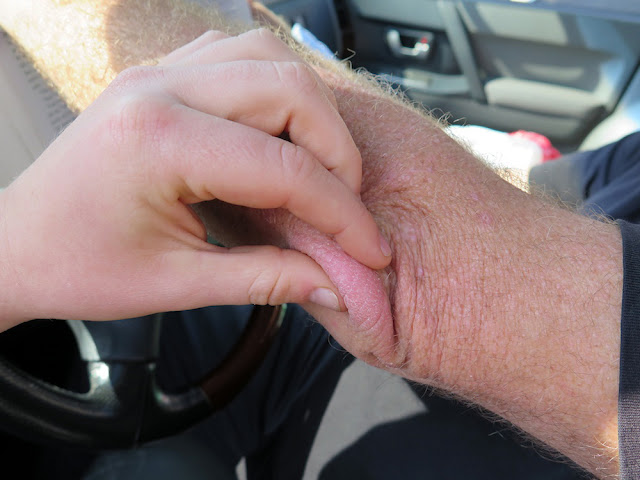 The series title, No You Without, comes from Rebecca Solnit’s A Field Guide to Getting Lost where she describes the Californian Wintu tribe who understand their presence in the world through their relation to everything else in it. There is no left or right, only the cardinal directions. Living with that worldview, “there can be no you without mountains, without sea, without sky.” It is a fitting metaphor for the way in which Letore’s photographs operate. They are quiet but strong as they float on their shelf. They work together collectively to build meaning through visual and thematic relationships. Isolated their meaning would collapse. 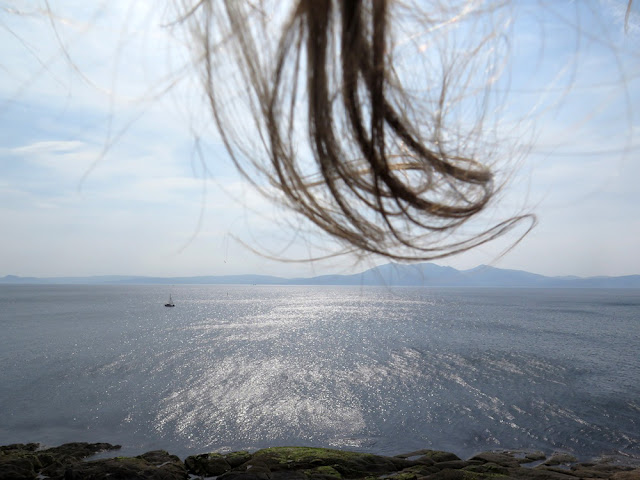 Letore photographs landscapes, everyday objects, faceless people, and skin. A sense of place is critical in her understanding of the world but so too are the relationships formed between people. Closeness and distance, finding and losing, remembering and forgetting, these intellectual and emotional scales are played over and over again through her photography. In her world there are always mountains, there is often water, human touch is important and so too is an occasional injection of humour. A man’s skin is pinched and a lizard sheds its tail. Letore’s unusual ‘selfies’ show her defy gravity wedged between window and wall or hair dangling over Goat Fell. 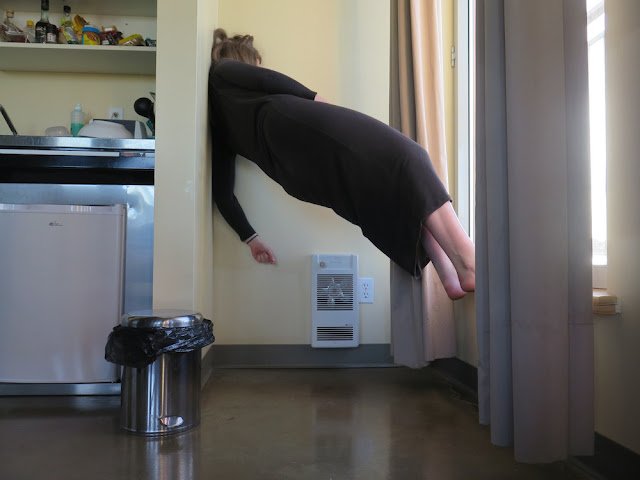 Letore’s photographs come from her travels in Quebec, Scotland and her loosely defined ‘home’ near the Swiss-French border. Before her own travels began there was a story in her mind of a boy, her father, who at the age of six was taken by his parents from New York City to begin a new life in France. The trauma of leaving behind everything that he knew left him literally unable to walk for a year. This tale is symptomatic both of the strangeness of heritage in the familial sense and the importance of place in the human psyche. That tale has become a marker for the disorientation that Letore has experienced on her own multi-national journey through life.

Her work is partly a response to that disorientation and her personal search for a place of contentment, her longing to feel ‘at home’ somewhere: “Photographs of anonymous people and broken things hint to unnamed tensions, which reflect the process of identity-building when one doesn’t quite yet know “home”.” 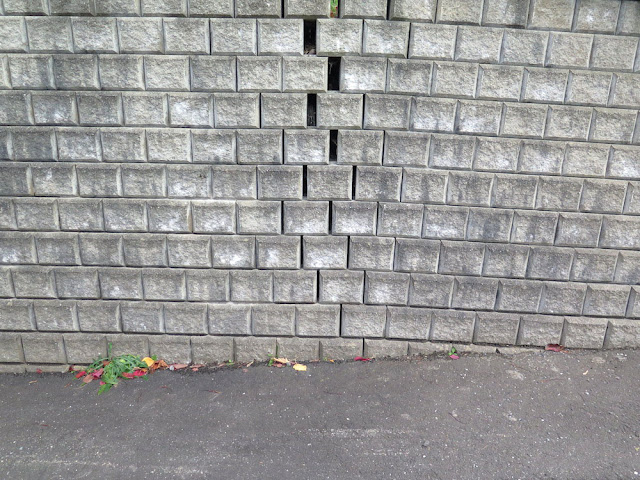 In one pivotal image a house appears at first glance as an archetypal ‘ideal home’. On closer inspection it has a doorway that leads onto a staircase that stops well short of the verdant lawn below. In an old black and white film, a slapstick hero would fall from that staircase and land on his face. He would stand up, dust himself off and shrug his shoulders for the camera: near calamity, recovery and perseverance.

In another photograph a heavy wall appears to have cracked under it’s great weight just as a small plant in the pavement has wilted under it’s. In these photographs we see the fragility of our reality. We sense a deep yearning in the photographer for peace of mind, for meaningful relations and for that elusive sense of home. We can relate to her photographs and her stories and weave our own stories within them. A handful of light ends a sentence and lights the way back to its beginning. 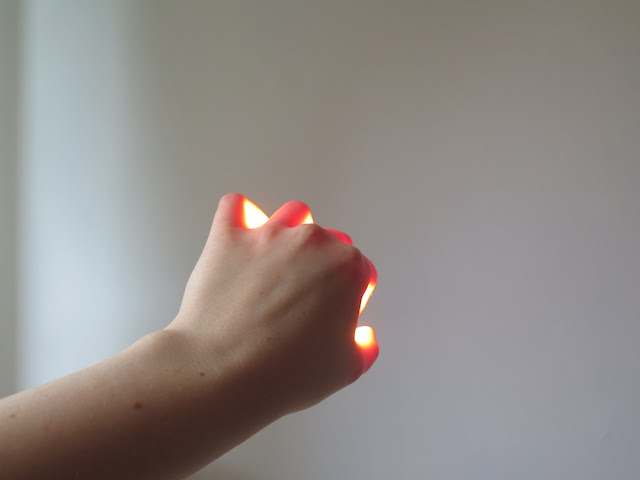 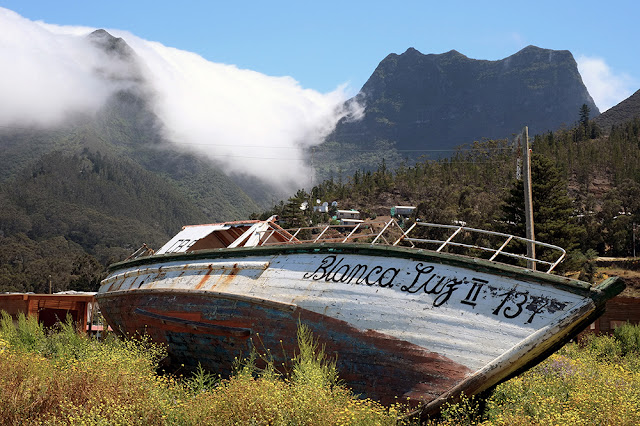 In 1704 Alexander Selkirk, a Scottish sailor and privateer, was marooned on an island in the Pacific Ocean. His story may have inspired Daniel Defoe to write one of the first English language novels  The Life and Surprising Adventures of Robinson Crusoe . Selkirk was born and raised in Lower Largo on the Fife coast.  In the novel, after twenty-five years of solitude, Crusoe encounters cannibals visiting his island. A man who is about to be eaten escapes, hotly pursued by two of his captors. Crusoe kills the pursuers and the escapee bows before him in submission and gratitude. Thereafter he becomes Crusoe’s dutiful servant. In return Crusoe gives him three unsolicited gifts: the English language, Christianity, and the name Friday. One reading of the Crusoe story is as an apologia for imperialism. Crusoe’s mission before being shipwrecked was to fetch slaves from Africa. Once on the island he is presented as a white European Christian bringing his civilising influence to bear upon
Read more 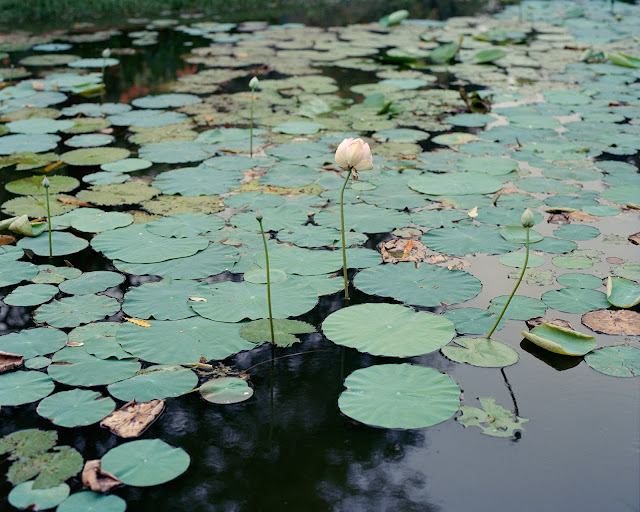 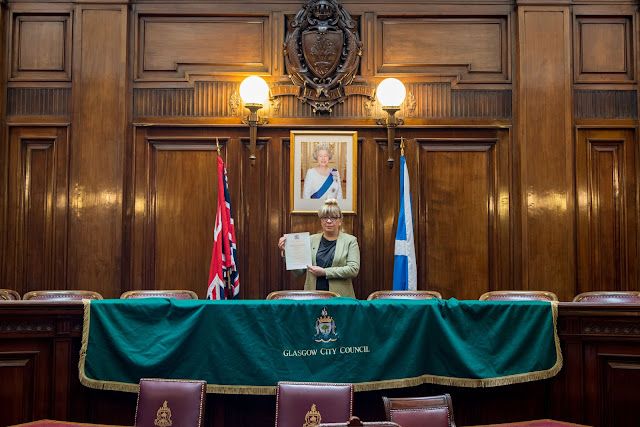